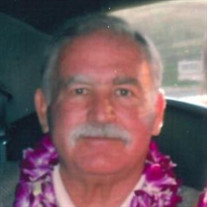 David Arthur Jeffers, age 72 years, passed away at his home in Indian Lake, OH on Wednesday November 25, 2020. David considered himself a “Florida boy” although he was born in LaPorte, IN on September 28, 1948. His parents, the late Kathryn Louis Brazier and Donald Amos Jeffers moved David and his brothers, Donald Eugene Jeffers and the late Jerry Lyn Jeffers, to Florida in 1959. There he loved all sports but especially football. He played on the high school championship team and was recognized as a High School All-American. His coaches had an important impact on his life because it was at this time that his Father died of diabetes, a disease David himself struggled with in later years. He was a graduate of Florida Atlantic University in 1971 with a degree in Business Administration. It was during his high school and college years that his brothers were in the military in Southeast Asia. He went to nearby FAU to stay near his mother during those trying times. After graduation he started his career of thirty-eight years with Delta Airlines in Ft. Lauderdale, Florida. He was promoted to the scheduling department at the general offices in Atlanta and eventually was transferred to Frankfurt, Germany to assist in the move of the regional office to London, England after Delta purchased Pan American Airlines in the early 1990’s. David met Anne Elizabeth Gundrum in 1970 and they were married in Cincinnati, Ohio in 1972. They celebrated their 48th wedding anniversary on October 21, 2020. During those years they moved for jobs several times and ended up back in Anne’s hometown of Cincinnati. They traveled the world extensively and tried to encourage their nieces and nephews to appreciate the cultures of other countries by taking them on European adventures. When they retired the move to Indian Lake was made. David loved his cabin on the lake, boating, and entertaining. He especially enjoyed the 4th of July celebrations with early morning breakfasts, swimming, fishing, fireworks, and a house full of family. David and Anne also welcomed foreign exchange students into their home in Atlanta, Georgia in the late 1980’s and early 1990’s. David shared the relationships with Hildegard Barth (Nee Mohrent) and Matthias Rueger with loving devotion that still exists today. David was a funny guy always quick with a quip. He made people laugh. He was generous, dependable, and caring. He was a loyal friend to the many he made in high school, college, and work. He will be missed by his friends and family. David is also survived by by a brother, Donald Eugene (Patricia) Jeffers; a brother in law, Albert (Kelly) William Gundrum; nephews Sean Crum, Phillip Jeffers, Mathew Jeffers, James Jeffers, Todd Gundrum; nieces Amy Garvin (Frank) and the late Angela Matson (John) and 7 great nephews and 2 great nieces. Services will be held privately at Neidhard Young Funeral Home on Wednesday, December 2. A Celebration of Life Service is being planned for the summer of 2021. Memorials may be directed to the American Diabetes Assn www.diabetes.org or the American Heart Assn www.heart.org Condolences may be sent to the family at neidhardyoungfuneralhome.com A WEBCAST OF THE FUNERAL SERVICE WILL BE AVAILABLE AT 12 NOON ON WEDNESDAY, DECEMBER 2 BY CLICKING THE FOLLOWING LINK: http://webcast.funeralvue.com/events/viewer/41759

The family of David Arthur Jeffers created this Life Tributes page to make it easy to share your memories.

David Arthur Jeffers, age 72 years, passed away at his home in...

Send flowers to the Jeffers family.