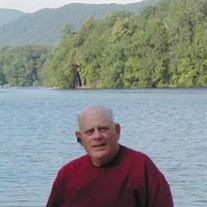 FOYLES Robert Stuart Foyles (“Bob”), 76, of Memphis, Tennessee, entered into Eternal Life on January 29, 2021. Bob was born September 7, 1944 to Robert & Marion Foyles, in Suffern, New York. He attended Catonsville High School & the University of Maryland. When the Terps abandoned the ACC, Bob became a fervent Florida State fan. He married his best friend, Cynthia Ann Kessen, 36 years ago; they treasured each other every day. Bob is survived by Cynthia; children Dawn, John (Audra) (John never did beat his dad in a game of 1-on-1 bball), & Stephanie (Phillip) Johns; grandsons John (Cara), Nicholas (who gave great neck massages), Christopher Phillip (“Mr. One More Time”) Johns II, & Preston (“Mr. Do It Again”) Johns; great-grandson Christian Foyles; nieces Jamie, Jennifer, Carla, Kristin, Rachel (the “Fab 5” who called their uncle “UB”), Mallory, & Jessica; nephews Spencer, Jonathan, David Scott (to whom he was also Godfather), a herd of great-nieces & nephews, & dog-kids Benjamin Bengal & Piper. Oh yeah, & sister-in-law, Tracy Hinote; brothers-in-law, Steve Kessen and David Kessen 😉. He was preceded in death by his parents & his steadfast Dobermans Prince, Brandy, PT, Lady, AJ, Osceola, and Rebel. On August 27, 1976, Bob knocked down the rarest of birds in golf when he shot a double-eagle on the Mill Course at Winton Woods. Bob looked at the world as in the words of his favorite author, “Golf... is the infallible test. The man who can go into a patch of rough alone, with the knowledge that only God is watching him, and play his ball where it lies, is the man who will serve you faithfully and well.” – P.G. Wodehouse. Mass of Christian Burial will be held at The Church of the Annunciation, 3547 Clifton Ave. on Monday, February 8, 2021 at 10 AM with private burial to follow in Germantown, TN. As a remembrance, in your charity, offer a prayer in Bob’s name that Florida State beats Notre Dame this September (he always said, though, when it comes to Notre Dame, “he would never root for them, but he would never bet money against them.”).

The family of Robert Stuart Foyles created this Life Tributes page to make it easy to share your memories.

Send flowers to the Foyles family.